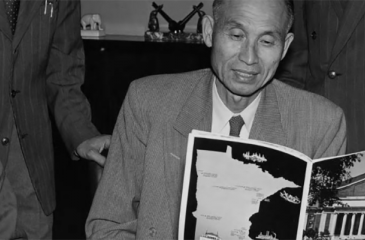 Paying it Forward: Lessons from the Minnesota Project

The Minnesota Project lasted from 1955 to 1961. The six-year program was a partnership between the University of Minnesota and Seoul National University focused on rebuilding medical infrastructure in South Korea after the Korean War. To this day, it continues to show robust outcomes.

The city of Seoul is a bustling metropolis with its blend of modern skyscrapers towering in the downtown area and Gyeongbok palace just a subway train ride away. South Korea has quickly risen to become a global leader in technology and industry, particularly within medicine.

Seventy years ago, the landscape looked markedly different. The Korean War, which lasted from 1950 to 1953, devastated the country’s infrastructure; hospitals and medical facilities were left in pieces. A few years earlier, South Korea had just achieved its hard won independence from Japan. There was an urgent need for medical care and an educational system to prepare future health professionals.

To help South Korea rebuild, the Minnesota Project was created and sponsored by the U.S. government agency International Cooperation Administration (ICA), thepredecessor for the U.S. Agency for International Development (USAID). The University of Minnesota sent 59 experts from different medical fields to Seoul National University to help standardize care and training. Approximately 226 young health professionals from South Korea had the opportunity to study at the University of Minnesota. After completing clinical training, they returned home to train faculty at Korean medical schools.

Teaching methodology in the U.S. was eye-opening for many of these young doctors and nurses who were more familiar with theory. The shift to practice-based learning offered hands-on experience through experiments and clinical tests in courses.

Dr. Choi Young-kil, one of the trainees, said in an interview for the The KoreaTimes, "…the Minnesota Project…changed Korean medicine and my life forever…The project was an important seed that helped the nation's health care industry grow into what it is today." Choi Young-kil is now known as the father of endocrinology in Korea.

Dr. Bo-Sung Sim received training in the United States from 1955 to 1957 and went on to pioneer modern neurosurgery in South Korea.

The Minnesota Project was not the only aid project funded by the U.S. at that time. Among aid programs awarded to 33 nations, the ICA deemed the Minnesota Project the most successful. The program’s focus on educating passionate young health professionals fostered future leaders who would mentor generations to come.

After the program ended, it continued to show enormous effects. The introduction of public health concepts helped spread knowledge on family planning and sanitation for the prevention of disease. Apprentice-style medical education was replaced with residency programs and hospitals were organized by department—surgery, neurology, oncology.

By 1980, South Korea no longer needed assistance. In 2009, South Korea became a member of the OECD Development Assistance Committee, an international initiative dedicated to providing assistance to developing countries. It is the only time since the committee was formed in 1961 that a country has transitioned from receiving aid to becoming a country that offers aid.

Inspired by The Minnesota Project, the Dr. Lee Jong-Wook Seoul Project was created in 2010 and named after former director-general of the World Health Organization. Seoul National University College of Medicine currently partners with the University of Health Sciences of Lao PDR to participate in a similar educational exchange. The nine-year program, which is wrapping up this year, implements lessons learned from the Minnesota Project.

“What we have learned from [the] Seoul Project is that we should not use the term "donor". Instead, we should use the term ‘partner’…" says Hee Young Shin, MD, in the Journal of Korean Medicine.

In addition to inviting doctors from Laos to study in South Korea, they have supplied facilities to better educate students and treat patients. They send senior consultants in the field as needed. The Seoul Project has also helped equip the University of Health Sciences of Lao PDR with e-library services, internet facilities, and improvements to hospital clinics.

“[The] Minnesota Project showed its enormous effects gradually over time...With the [sic] rapid socioeconomic growth, medicine in Korea developed very rapidly…all these quick advances could [sic] be attributed to the outcome of Minnesota project,” said Dr. Sung Nak-in, president of Seoul National University at the 2016 opening of the chromosome lab in Lao PDR.

The history between the University of Minnesota and South Korea goes back a long way. While many South Koreans attribute the country’s advances in medicine to the Minnesota Project, not many Minnesotans know about the University’s role in partnering with countries around the world.

A Commitment to Global Health

The Center for Global Health and Social Responsibility (CGHSR) continues the legacy of the Minnesota project. The center is invested in a mutual exchange of knowledge, where people learn from each other. Beyond medicine, this means taking the time to build relationships. Rather than extractive research or short-term aid, the center pushes for creating something far more sustainable.

The Afghan University Partnership is one such example. Political and armed conflict has made it difficult for educators in Afghanistan to seek professional development and obtain contemporary resources for teaching. The University of Minnesota is partnered with Kabul University of Medical Sciences to improve clinical, educational, professional and leadership skills for health sciences faculty. The partnership focuses on the fields of midwifery, medical lab technology, dentistry, and anesthesiology where participants communicate through international exchanges and peer mentoring. The project is part of the Afghanistan University Support and Workforce Development Program (USWDP) – a five-year USAID project that aims to build capacity and train the future health workforce of Afghanistan.

Dr. Shailey Prasad, director for the Center for Global Health and Social Responsibility firmly believes, “It’s never that we have all the answers. Health equity is about setting the stage for a more level playing field. Minnesota is heavily invested in health, health care delivery, and research in and outside the country. The future of global health depends on sharing know-how; understanding that social and political determinants of health matter; building local capacity; and letting communities lead.”

CGHSR also partners with the United Nations Migration Agency (IOM) to build capacity around performing health screening and health assessments for U.S. bound refugees. This project ensures that IOM physicians, nurses, laboratorians and other health care professionals around the world receive the training necessary to understand the unique needs of displaced patients and improve refugee integration into local communities.

“The question of social responsibility is an important one. In its simplest form, it means that we are responsible for what is around us,” said Shailey. “The Center is a convener. We bring people together. We want conversations around complex problems to occur. With the different lenses people bring across disciplines, we can enrich those conversations for more productive engagement, leading to better research, education, and capacity building programs.”

Sustainable partnership creates a ripple effect: one good thing leads to another.

Resources for learning more about the MN project: 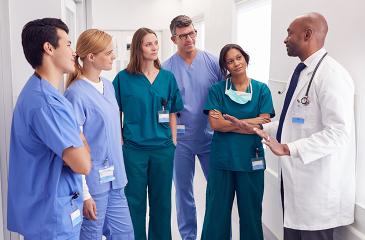 We are committed to developing a collaborative, practice-ready workforce to serve communities in Minnesota and beyond. 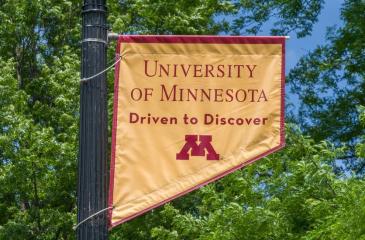 The M Simulation team traveled to Duluth and Rochester to train medical and occupational therapy students.

A Shared Commitment to Interprofessional Education and Practice

This past fall, the Center for Interprofessional Health (CIH) welcomed its inaugural cohort to the Affiliate Faculty program.
View All News