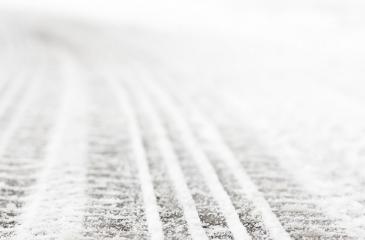 Carolyn Fairbanks and George Wilcox have worked for nearly 20 years on developing a non-opioid treatment for chronic pain management and have received a $4.5 million grant from the Department of Defense to continue their research

As a graduate student in 1996, Carolyn Fairbanks shared her enthusiasm for the work of a colleague at a poster session when he told her that the molecule they were both interested in was “the drug for the future.” His poster referenced agmatine, a small molecule that blocks opioid tolerance.

Today, Fairbanks is associate dean for research, professor in the Department of Pharmaceutics, and the principal investigator for a program that is developing ‘the drug for the future’ in a new way. Her co-investigator is her previous doctoral thesis advisor, Professor George Wilcox of the Department of Neuroscience. Together, they have shown that agmatine reduces chronic pain, and they are part of a very limited number of research groups studying agmatine around the world.

“There is a national spotlight on the opioid epidemic. We are prepared for solutions in unique ways and are poised to make an impact.” – Carolyn Fairbanks, PhD

For nearly 20 years, their team has been looking for non-opioid alternatives to treat pain. Opioids, which include prescription drugs commercially known as Vicodin® and OxyContin®, are currently essential medications for treating severe pain. However, through expanded use of opioids, an addiction crisis in our country has emerged that has increased fatal accidental overdoses. According to the National Institute of Drug Abuse, deaths due to prescription and illegal opioids amounted to 53,000 people in 2016, a 32% increase from the previous year. The Midwest region specifically, saw opioid overdoses increase 70 percent from 2016 to 2017.

“Our team remains unwaveringly committed to finding, developing, and introducing safer pain medicines to address the great burden that chronic pain carries for individuals and for society,” said Fairbanks. “We are working toward a future where addiction is no longer a public health crisis, and where all people with pain receive appropriate and safe care.”

The Human Cost of Chronic Pain

According to the Institute of Medicine, chronic pain affects 100 million adults in the United States with an annual cost of approximately $560–$635 billion. Improving pain control is a national public health priority. For military personnel in particular, chronic pain has been recognized as a significant problem. Through establishment of the Pain Management Task Force in 2010, the Department of Defense recognized the critical need to advocate for an integrated approach to improve pain management options to optimize the quality of life for soldiers and returning veterans. Non-opioid treatments offer the potential to meet the needs of our military and civilian pain patients while mitigating or eliminating the risk of misuse, abuse and addiction.

“No two pains are the same. Chronic pain exists in the plurals. Understanding the underlying pathology gives us a greater ability to reduce addiction. There is no silver bullet. The more we have in our arsenal, the better.” George Wilcox, PhD

Throughout the years, the research team has explored a three-fold strategy. The first included finding ways to use traditional opioid medications in combination with non-opioids. A second strategy focuses on keeping pain impulses and potentially addictive analgesics outside of the central nervous system and relegating them to peripheral nerves like the skin. The idea is to transform the way we experience pain. However, side effects have limited the utility of certain drugs. The third strategy is to keep everything non-opioid or non-addictive. Agmatine is a metabolite of the amino acid L-arginine and it has been shown to reduce chronic pain and does not have the same side effects as opioids. The research team has found a way to modify the structure of agmatine to create a new compound that would selectively target pain receptors.

The team is now advancing non-opioid solutions onto the next stage. This program was initiated from one of the first Academic Health Center Faculty Development Seed Grants in 1998. When those funds concluded, the team had to shelve further development. Philanthropy to the College of Pharmacy enabled them to revisit and reboot the program which yielded the preliminary data that supported their first Department of Defense award in 2014 to study the small molecules in pre-clinical models of neuropathic pain. The results from that first program led to a second Department of Defense application in 2018. The team was recently awarded a $4.5 million grant to continue exploration of non-opioid treatments for pain management.

The distinguished award would not be possible without the strong history of collaboration at the University.

“We have a solid foundation here at the University of Minnesota with 60 years of pain research and some of the most internationally recognized pain scientists. There has been seamless collaboration between faculty in the Department of Neuroscience, Center for Drug Design, Department of Medicinal Chemistry, Institute for Therapeutics Discovery & Development, the Office of the Associate Dean for Research, the University of Minnesota Pain Consortium, and the Center for Translational Medicine,” said Fairbanks.

Fairbanks believes they are at the mid-point of the project; after spending several years in the discovery phase, they will focus the next three years on developing clinical partnerships; patenting and identifying different compounds, and decide which will be the leading compounds going forward. After conducting safety tests, they intend to prepare for clinical trials.

The journey to this point has been a worthwhile endeavor. In remarks on the team’s latest accomplishment, Fairbanks explains, “We were really strategic in keeping this program separate from our published work. It was an intentional decision.”

In academic culture, there is pressure for early disclosure. If the team had done it this way—that is, publishing before a patent—the work would never have had the chance to see humans, and the team couldn’t take the program to the next level.

“We recognized we had special inventions,” said Fairbanks. “It was an important lesson: to think through what our opportunities are, what parts of our work to hold onto, and keep the long view in mind.” 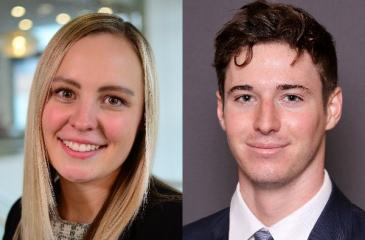 Colton Cannon and Claire Knutson are working to observe how the recently implemented tiered huddle system is operating. 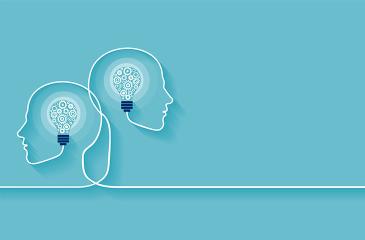 This marks the partnership's 18th year of spearheading new scientific ideas to improve the health of Minnesotans. 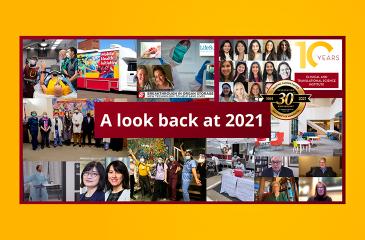 A Critical Resource for Research

CTSI created a research infrastructure to improve, streamline, and facilitate the process of bench to bedside.
View All News